For video of the first 67 minutes of the Awards' ceremony, click here.

For a much shorter video of only 3 minutes for the presentation of the Cultural Changemaker Award to Stephen Mosley's brother, Paul, click here.

The award statue was made by Jeanette Luchese
https://www.jeanetteluchesestudio.com/ 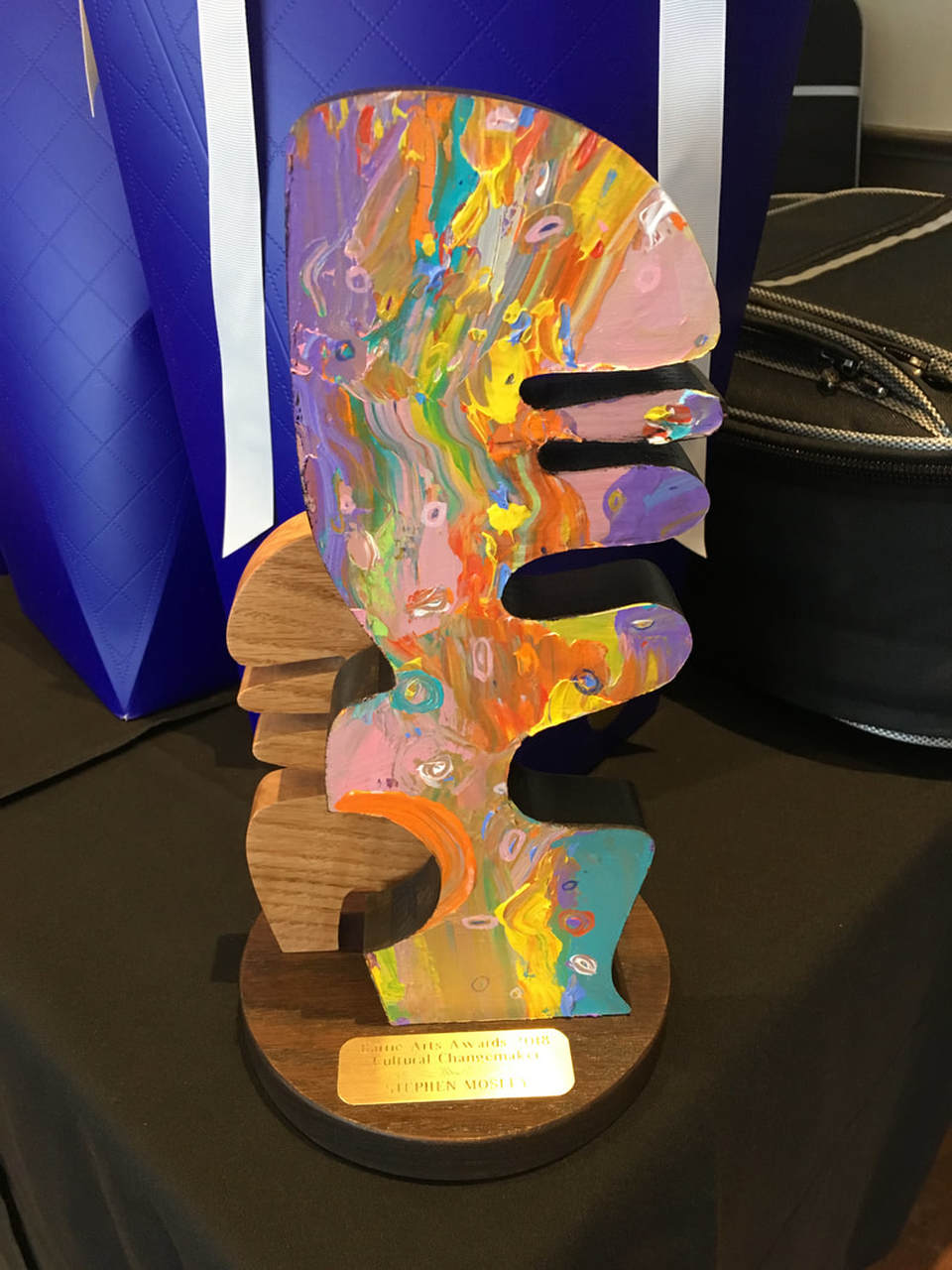 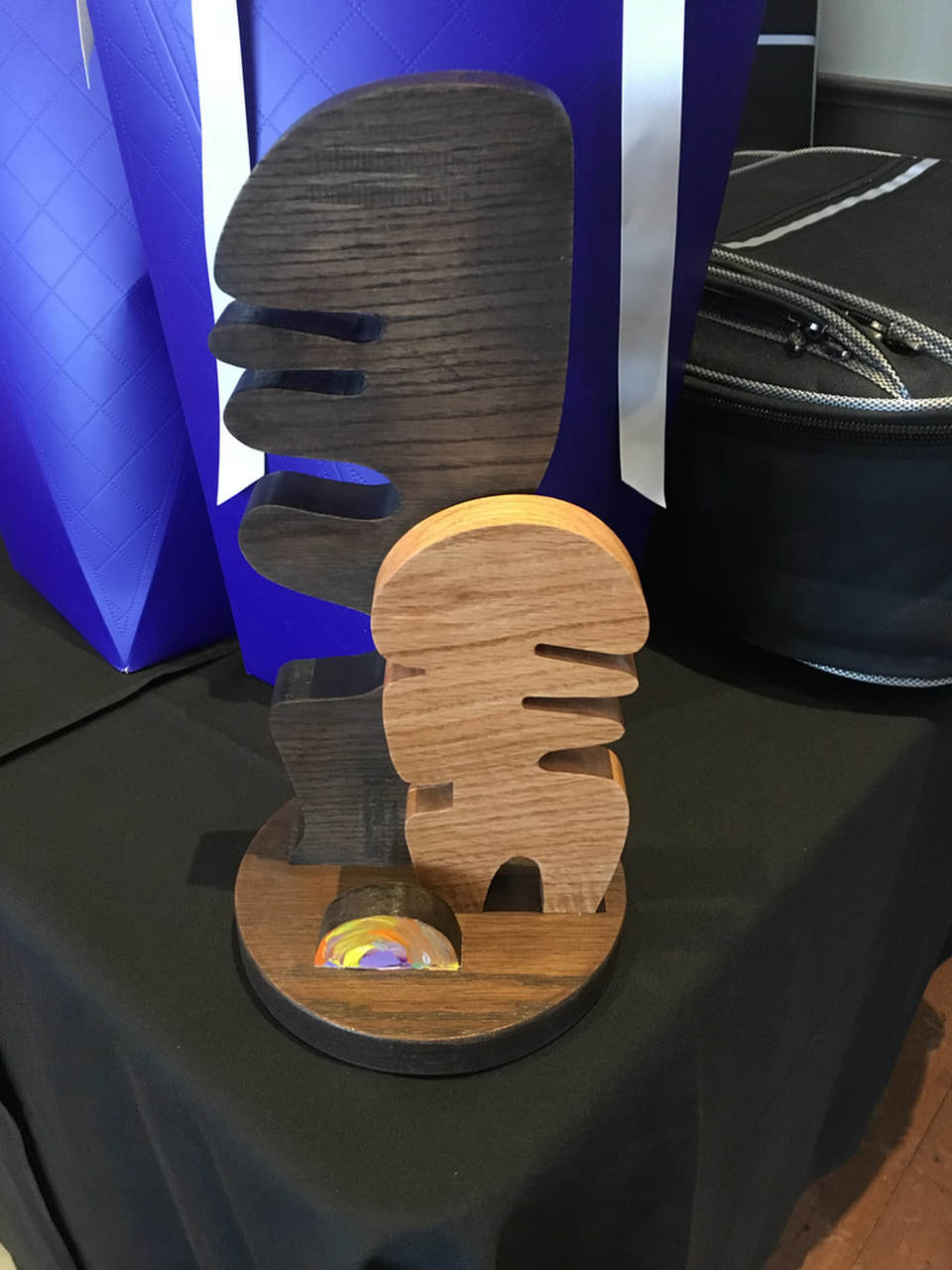 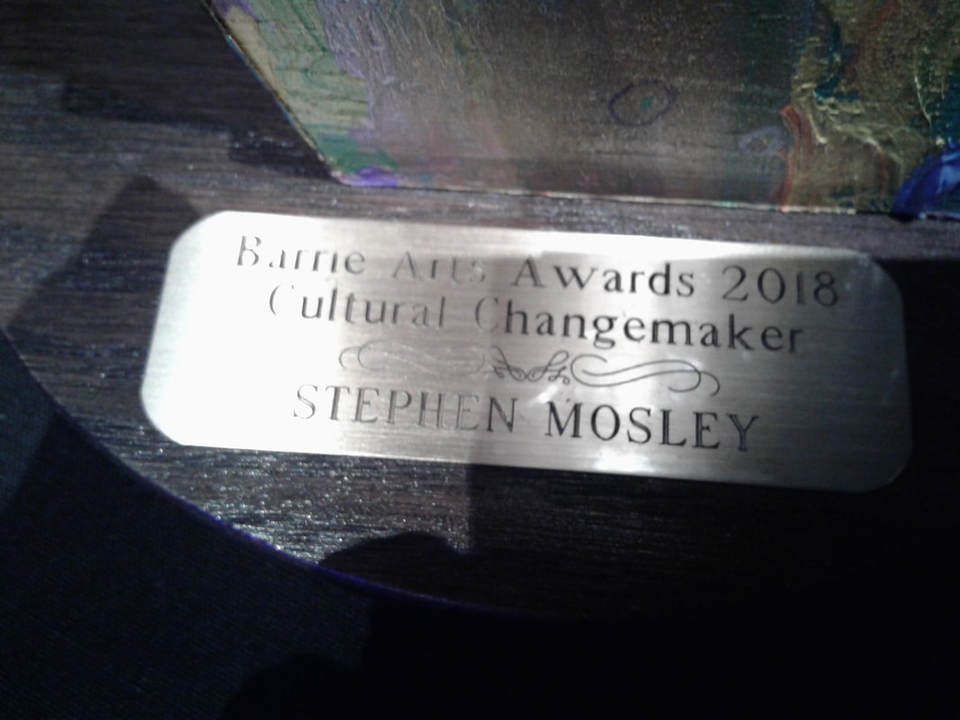 Winners of the Barrie Arts Awards each receive a $1,000.00 prize. With Stephen Mosley's Award having been provided posthumously, that left money with nowhere to go. As his stroke took away his ability to play the guitar and harmonica, and the City of Barrie lost the playing of Stephen's guitar, the Creative Economy of the City of Barrie decided to replace the loss of that guitar to the community, and trump the loss by replacing it, double. Stephen shopped at local, independent Barrie music store, Music Pro, for decades, and the Johnstone family which owns it, provided one of the letters of support for the Creative Economy to create this special Award.

The Creative Economy contacted Music Pro and the prize money was spent on two new guitars, both made in Canada, with gig bags, with Music Pro providing a special lower price. These two guitars were then donated in Stephen's name to the Barrie Public Library's Instrument Lending Library. The program is an initiative that was led by the HSO. The program is popular and the waiting list is months long. This donation turns Stephen's prize money into guitars, which are now available for people to borrow, which puts the guitars and the music right back into the hands of the community.

The stroke that took Stephen's guitar away from himself and the community, has been beaten, double. 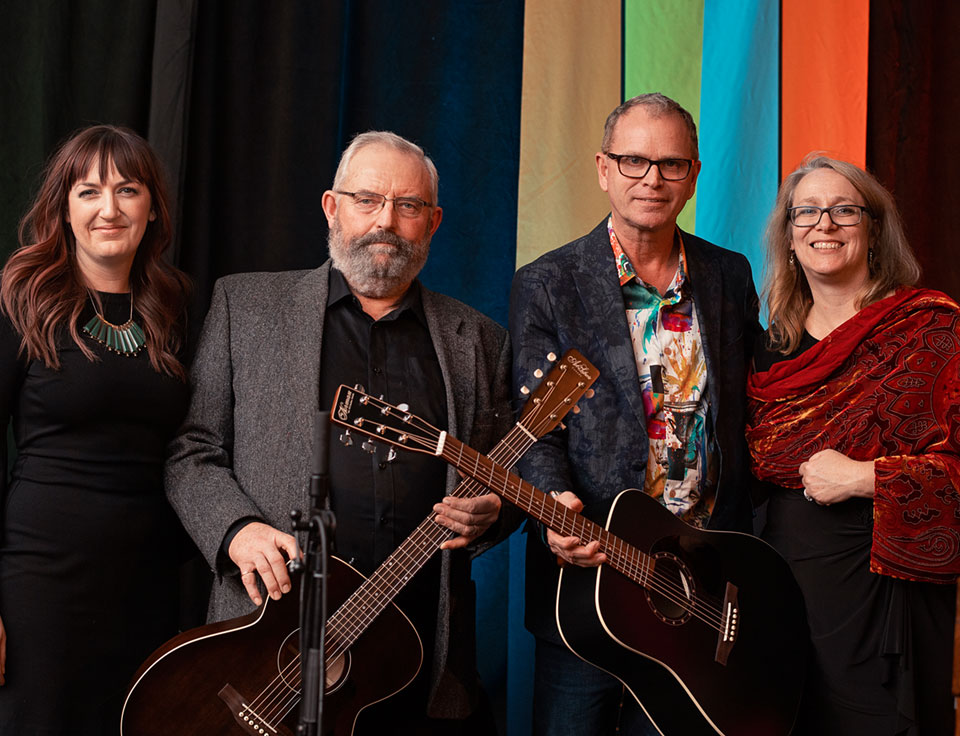 From left: Amanda Dyke, Culture Officer, City of Barrie; John Hemstead, President of the Huronia Symphony Orchestra (HSO), accepting one of the guitars on behalf of his colleague, Greg Groen, also of the HSO, who was unable to attend; Chris Vanderkruys, Director, Business and Development, Barrie Public Library; Karen Dubeau, Director of Creative Economy, City of Barrie
THE GUITARS DONATED IN STEPHEN AKA MOSE'S NAME: 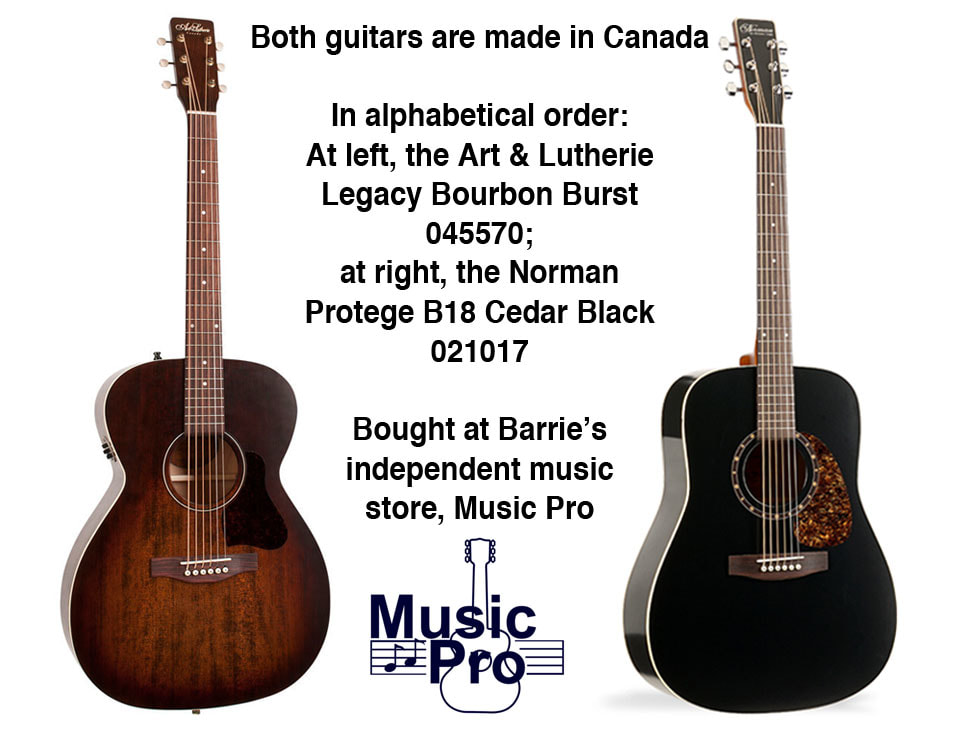